LIVING WATERS WELLNESS RESOURCES
LWW Shopping !
​​
Our birth is but a sleep and a forgetting :
The Soul that rises with us, our life's Star,
Hath had elsewhere its setting,
And cometh from afar :
Not in entire forgetfulness,
And not in utter nakedness,
But trailing clouds of glory do we come
From God, who is our home :
Heaven lies about us in our infancy !
Shades of the prison-house begin to close
Upon the growing Boy,
But he beholds the light, and whence it flows,
He sees it in his joy ;
The Youth, who daily farther from the east
Must travel, still is Nature's priest,
And by the vision splendid
Is on his way attended .......

“Intimations of Immortality from Recollections in Early Childhood” 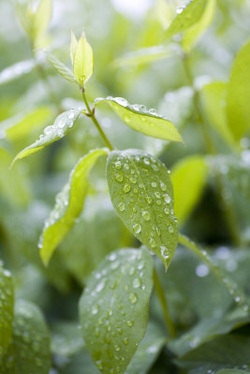 My great grandmother once told me the origin of the indentation between my nose and my lips.

“You see here ?” she said placing the tip of an index finger there, and looking in my eyes, “ This is where the angel put his finger, when you were still in heaven. And he said, ‘forget’. And that’s why you can’t remember when you were with God in heaven ……. “

Where do we come from ? Most of our religions speak of an afterlife to our time on earth, a place of joy and reward, or fear and punishment. Although not missing altogether, much less is said of a “beforelife” – of a time before we are born.

There are religions for which the notion of repeated earth lives is simply a given. This has not been the emphasis of Christianity, but there are indications in the Bible that it was taken for granted in the time of Christ. And when questions arose pertaining it, he made no effort to refute or discourage the thought.

The concept of reincarnation may speak to you or not. But concerning the atmosphere of joy and purity surrounding a newborn child, this perspective, drawn from accounts by Rudolf Steiner, may shed interesting light :

At a certain moment, the soul has completed its experiences between earthly lives. It has been shown its deeds and failings in the life completed. It has seen in detail its need to change, repair harm, seek opportunities for progress. The strongest may have already glimpsed needs of all humankind, and ways to help it forward.

In spirit regions farthest from the earth, the soul now lives among higher spiritual beings, blissfully receiving from them, witnessing them and immersed in their world. In this condition, the rough existence and pleasures of the earth are remote, and hardly appealing.

It is at this moment that the soul is led before a great being – a being before whom there is none higher, and who is seen to be The Representative of Man. This is the being who came before any human being, who has walked the path humanity will walk in future ages, reached the goals humanity will reach only at the end of time.

The inner truth and beauty of this being, his immense loyalty and love toward each human being, are decisive. The resolution arises powerfully : to be near him, to become like him, become as he is, in any way possible. In the presence of unexpected and unconditional love, the soul feels a great yearning to overcome its failings - and to serve this being. And it realizes : this path must  lead down again to the earth.

In a preview, the soul sees the path it must go, including the difficulties it must face. But it has seen the end and the high goal – and knows it is loved. In a fundamental mood of devotion, reverence, joy, it commits itself, despite the  potential costs.

This, then, is the impetus of the human soul to birth; and in Steiner’s description, no child is born on the earth without it. Thus our image of children : as rain, as source of living water renewing the life of the earth.

The modern understanding of reincarnation presented by Steiner has other possible fruits. An example is his description of relationships between human beings, as they may unfold in a series of lifetimes. Most simply, for instance, that if a child is born to a mother, it is because the two already have an important relationship between them, which they need and want to pursue further.

What a different light this throws on a painful question like abortion - and what a different perspective it lends a woman, couple or family considering it. To us, such extended understanding of the human being represents yet another source of living water.

Article by : Jeff Smith RN
​​
Other Living Waters Wellness articles about children :
​
The Drama of a Child's Developing Constitution﻿﻿

Environmental Toxins : What Every Parent Should Know